As I’m suffering from jet lag at 3 a.m. I decided to record a few thoughts from my first ever day in Ankara, which will soon be my home for the next couple of years.
Somehow some mosquitoes were riding stowaway on my Lufthansa flight from Dulles to Munich and with my perfume drenched scarf I was quite the picnic for them. Now along with fretting about not sleeping, I’m furiously scratching all these bites. Ugh!
But, back to Ankara. The airport is something like 20 miles north of the city and since I was exhausted I decided to spring for a cab instead of navigating through the several bus transfers that are required to get into town. I gave my taxi driver the name and address of the hotel, and after about an hour he dropped me off at at the wrong Hotel Divan. Since we had just spent 20 minutes driving around the same few blocks, I was ready to try my luck with another driver. About 15 minutes later we got to the right hotel, and the front desk guy asked me if I was “the Sarah Thomas.” Apparently the driver, which the hotel provides free of charge, had been waiting for me for almost 2 hrs at the airport. Oops! Guess I should read those confirmation emails a little more closely.
Even though I never missed the call to prayer after leaving Bahrain, I found it a welcome sound while checking out the sunset from my hotel window.

As any tired traveller would do, I took a shower, and then a nap instead of fighting the jet lag in exchange for a little more sleep at the appropriate time. When I finally woke up, I ventured out into a very empty neighborhood. After getting some more cash at the ATM and walking a few blocks, I got the creepy feeling of being alone in a strange place with curiously empty streets and headed back into the hotel for some delicious meze room service. I also tried Turkish wine for the first time. Is it any surprise that I loved it?
This morning, or should I say this afternoon, when I finally got up I had some correspondence from the Embassy contact which is more progress than I’ve made in some time and a pleasant change. I set up dinner for the evening.
Since I was so close, I walked down to the Anatolian Civilization Museum. Once I bought my ticket and entered the building, it was immediately clear that I should have paid the extra 5 lira for an audio tour. The museum is full of beautiful antiquities from all the peoples who have lived in Turkey, dating all the way back to the Stone Age. The organization isn’t immediately clear, though, and you can unknowingly turn around and jump thousands of years in history. I did learn a lot and will definitely revisit the museum. Did you know there were hieroglyphics in ancient Turkey? It seemed that they’re still behind Egypt, however, as I’d say about half the items were decoded. The museum was very similar to those in Egypt, actually. Both were full of amazing things from the past with little information and minimum protection of their valuables. The guards were very quick, however, to shout “no flash” at virtually every visitor whether they had a camera or not.
After the museum I headed back up the hill to walk around the old Citadel, also known as Ankara Kale (kale means castle). The entrance, the Finger Gate, is right across from my hotel – I’ll have to remember to take a pic tomorrow. There aren’t any signs leading the way to the top – you just kind of meander through the streets, admire the shops, doors and randoms along the way and feel your way up. I was tempted to buy something at nearly every shop but kept reminding myself that I’ll be back for good in no time. The winding streets and ancient walls were as impressive as the fort itself. When I got to the top, I was amazed at how big Ankara seems. The city stretched in every direction, but there were still snow-capped mountaintops in most of the vistas.
For dinner I met my sponsor at her place, which is Embassy Pool housing about 5 minutes outside of the city. It was a really nice modern apartment with every convenience except a real balcony. After reviewing the requirements it looks like I’ll have to get Embassy housing too, and it’s luck of the draw for what you get. It’s still unclear whether I’ll get furniture from the embassy or bring my own. I plan a trip tomorrow to figure out what I can.
Also on tomorrows agenda are trips to the language school and maybe a university or two. The most nerve-wracking part of the Olmsted experience is convincing professors to let me into their programs. I hope to make some progress tomorrow. 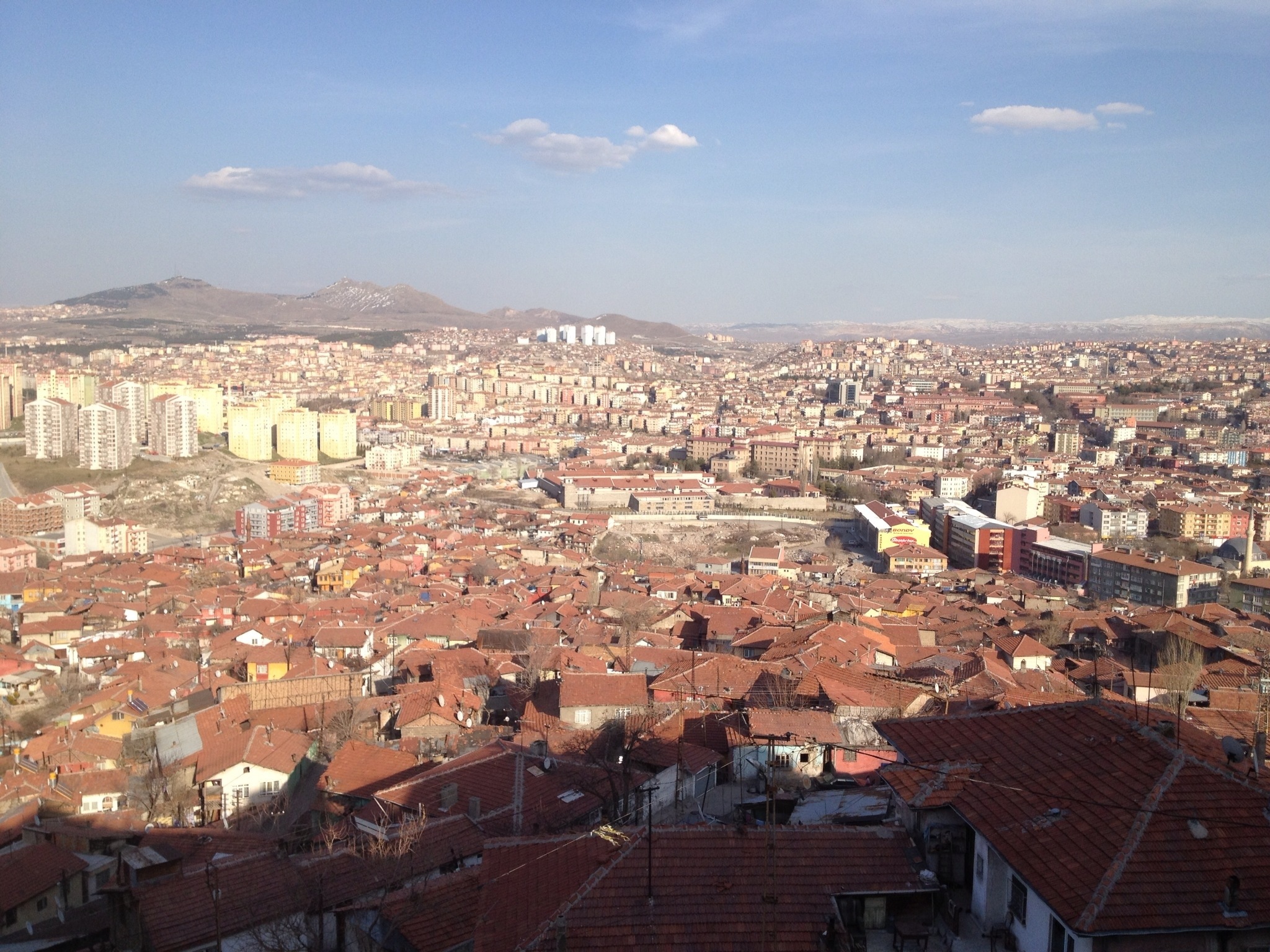 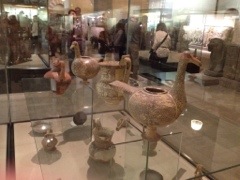 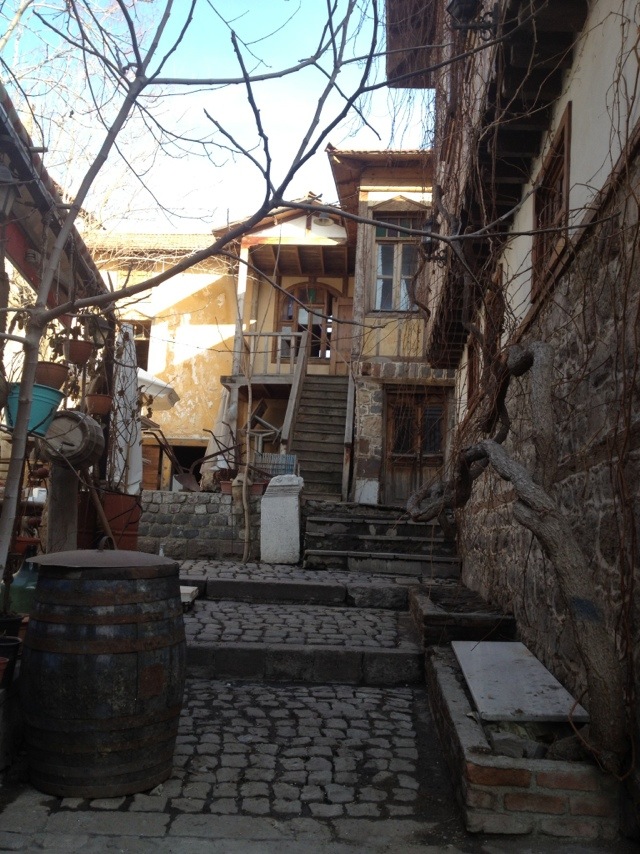 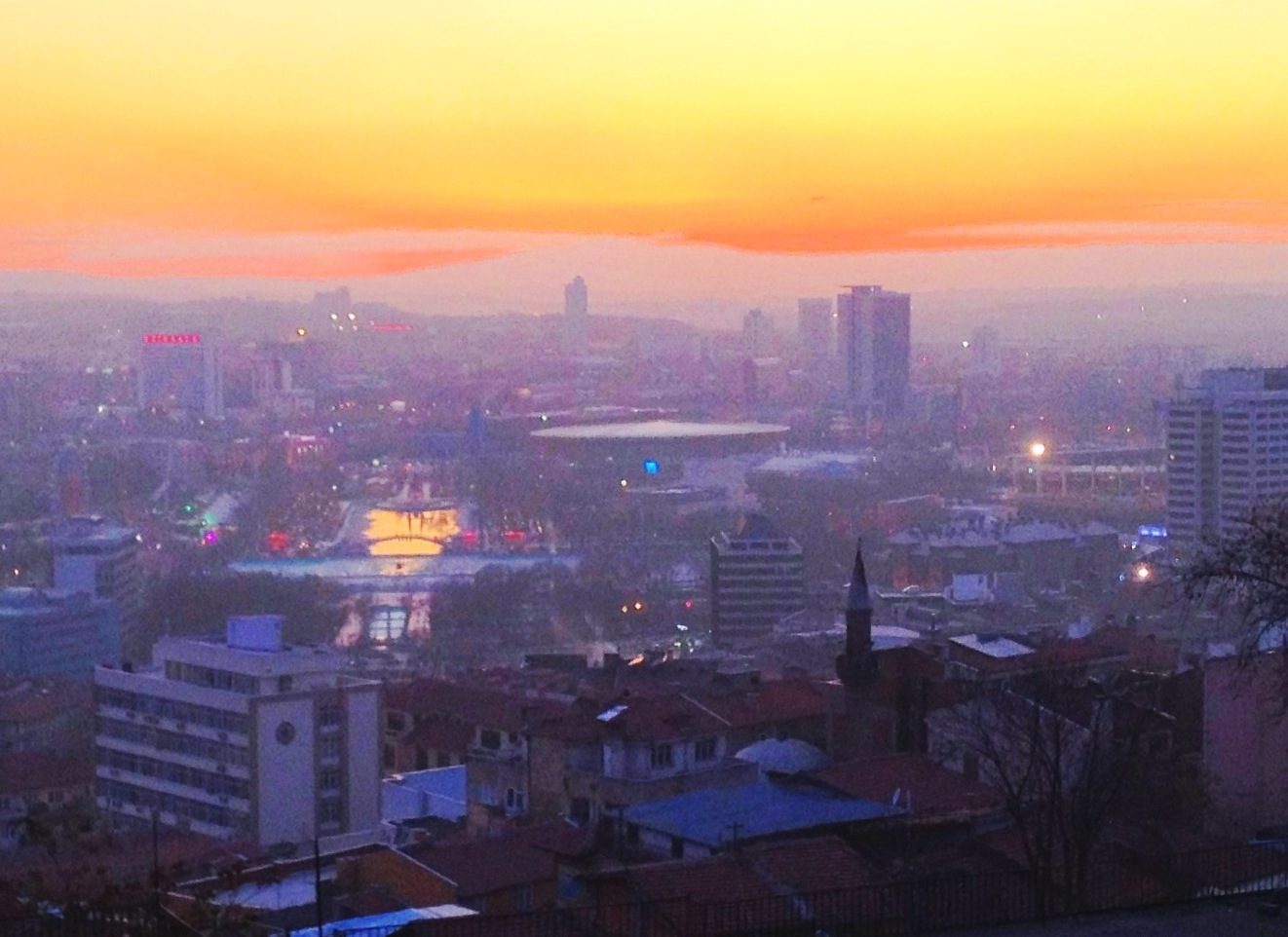 As I sit in my class waiting for an instructor, I’m reminded once again of all the cultural differences I’ll face when I move to Turkey. After almost 4 months where my normal instructor was on time about twice, it’s no surprise that the new guy is almost 30 minutes late with no message or update.
As a military person, I’m almost a slave to being on time, or early. We actually have a saying “Early is on time; on time is late.” The more senior the person that you’re meeting, the earlier you will arrive. This behavior is ingrained in most of us. At some point that I haven’t yet reached, it’s acceptable to be late – I gather it’s when you’re the most senior person and everyone is figuratively waiting on you anyway.
I once worked for a guy who would call a meeting at 0900, and then show up around 0920. Then, while all of his senior management was gathered there before him, he would take another 10 minutes to toast a pop-tart and make a chocolate milk. We have another saying: rank has its privileges (RHIP).
So, I’m still sitting here and waiting. I did take a quick picture of my classroom, since everyone is constantly asking about what it’s like to be in a one-on-one class for four hours a day. Well, here’s the environment. It’s pretty comfortable, and luckily I nabbed the seat facing the window, so I can watch the flights landing and taking off from Reagan National Airport all day. Of course, since I am in a one-on-one class, there’s not a lot of free time for daydreaming.
Every minute that I wait I get more and more patient – I guess this is good training for Turkey, where I’ve come to understand that everything is worth waiting for. Luckily I’m armed with my New Yorker!