Last Stop in the Balkans: Sarajevo, Bosnia and Herzegovina

The last stop on my tour of ex-Yugoslavia/the Balkans was Bosnia and Herzegovina.  Unfortunately after almost 24 hours in this beautiful country I had to head back to Ankara for class. 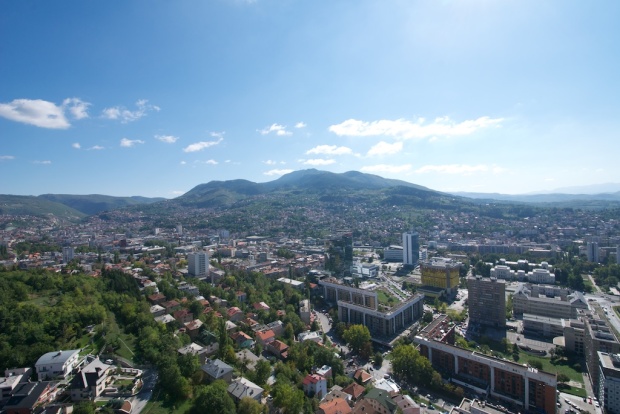 the city of Sarajevo

The difference between Croatia and Bosnia is obvious when you cross the border, like the Orange County/L.A. boundary in California.  The road is a little older and the trash starts piling up on the shoulders and medians.  But then you’re driving along a pristine river (the Neretva) through gigantic rocky mountains and the stunning beauty is a distraction from pretty much everything else. 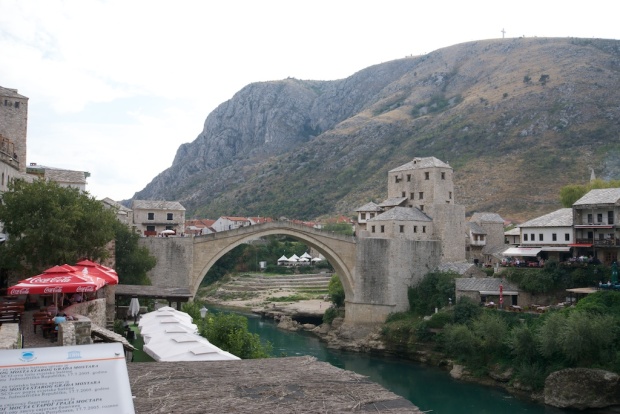 the bridge at Mostar

We stopped at Mostar on our way to Sarajevo.  This town is most famous for its bridge, which was originally built by the Ottomans in the 1500s and then destroyed a couple of times in various wars.  It was most recently rebuilt in 2004.  Even before the Ottomans built the architecturally significant one arch bridge, the town was known for and even named after a wooden bridge that crossed the Neretva River.  Mostar means bridgekeeper in Bosnian/Herzegovinian/Serbian/Croatian.  Lots of Ottoman buildings still stand around the town. 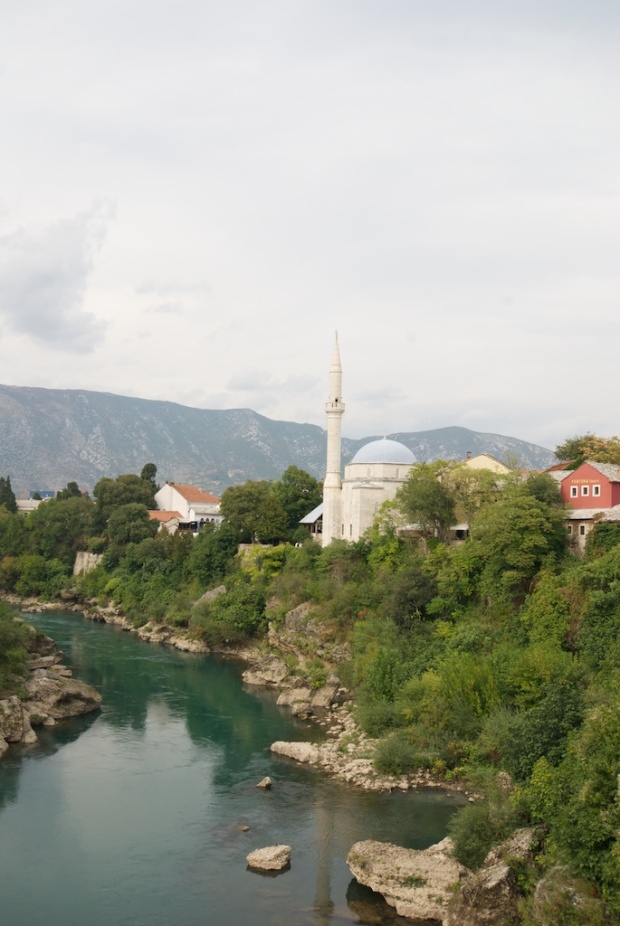 I felt like I was at home with all the Turkish shops and calls of “Gel” (Come) from the shopkeepers to passersbys on the cobblestone streets in this tiny town.  I actually searched hard to find a souvenir that was distinctly Bosnian and not Turkish.  Unfortunately, even though the town retains the charm of its Ottoman roots there is evidence of the recent war everywhere.  Because of its historic significance, Mostar was mostly rebuilt with gifts from foreign countries and became a UNESCO World Heritage site in 2005.  Just a few blocks from the bridge where we ate lunch, however, the building facades were scarred with bullet holes. 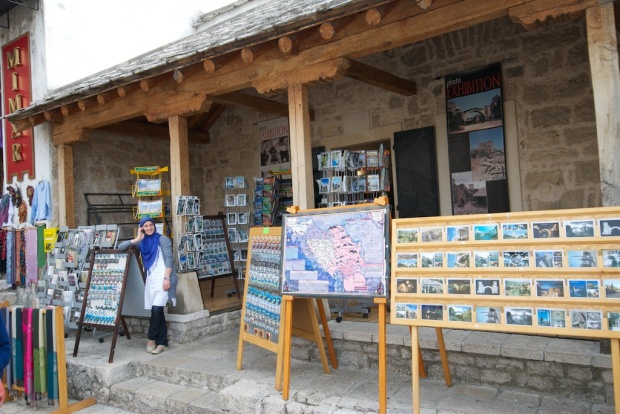 It took a little longer, but I slowly realized that there are an awful lot of graveyards in the country.  Parks were demolished to make room for the graves of all the war victims.  I couldn’t take more than a few grim moments reading the headstones at one cemetery outside of Mostar. 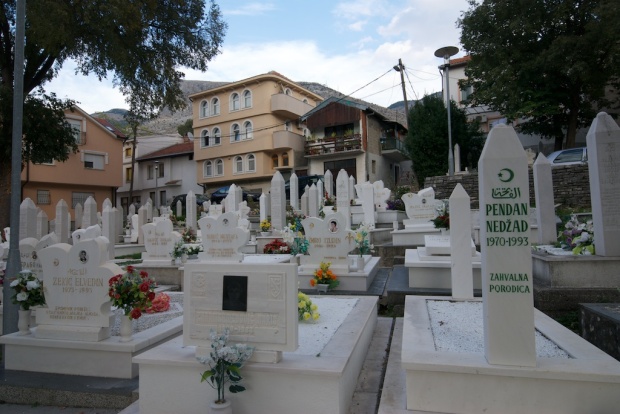 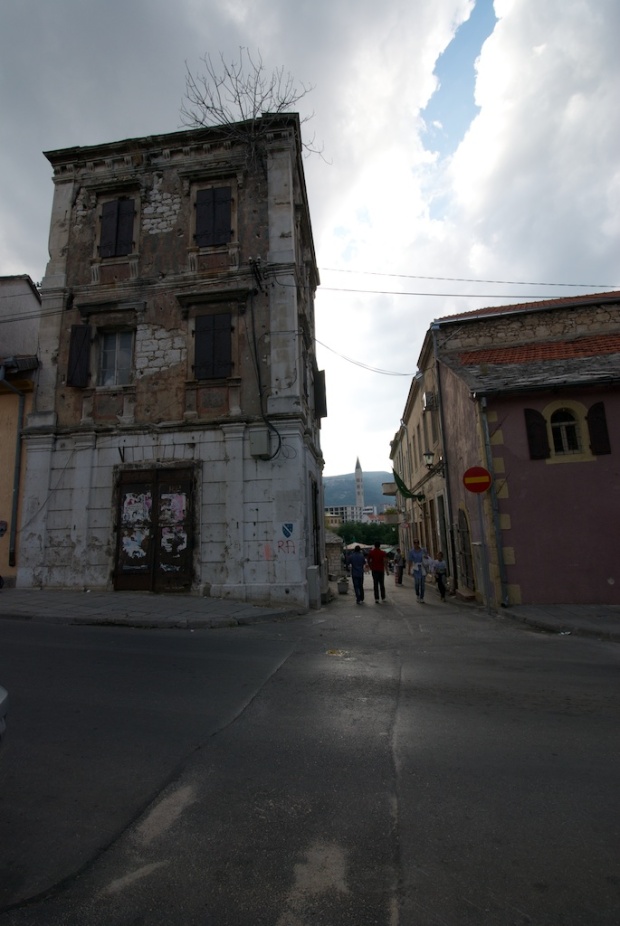 In Sarajevo, I got a happy surprise when my friend Maja stopped by our hotel to say hi while we were checking in!  She had a job counting votes for the local elections that night so we made plans for coffee in the morning.   Interestingly, we followed several tour buses into BH from Croatia.  Our bus driver said they were likely BH citizens coming in from Croatia to vote.

More remnants and memorials of the war were scattered through Sarajevo.  In addition to an eternal flame, various sites on the streets mark battles from the war.

I spent the next morning with Maja and her friend Lamiya.  After a couple of coffees, they took me to a tiny kitchen for “the best chicken sandwiches in the world” as Maja described them.  I’m not a huge chicken person, but these actually were the best sandwiches I had ever eaten!  Unfortunately I didn’t take a picture or even google map it to find it again – no worries, I’m definitely going back to Bosnia so I’ll get the details then. 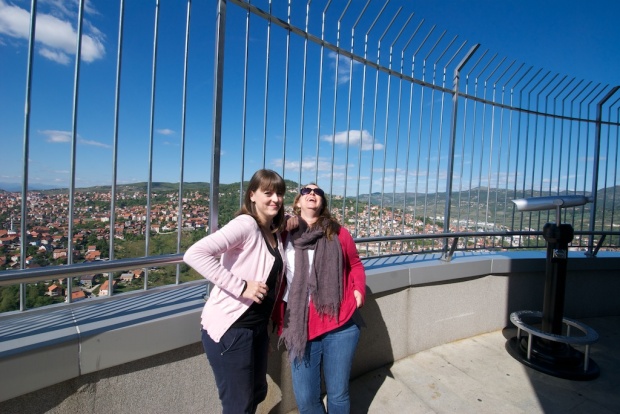 After our amazing lunch, we headed to the Avaz Tower (only skyscraper in Sarajevo) to take in panorama views of the city.  Sarajevo is small and surrounded by mountains.  And then we had more coffee.  Fair warning: Bosnians like to smoke and drink coffee.  A lot.

Both girls were intent on finding a way out of Bosnia.  They were kids during the war and think the country hasn’t gotten over it, nor are theysure that it ever will.  As I write this post I realize it’s impossible to talk about much in Bosnia without bringing up the war – it really is everywhere. 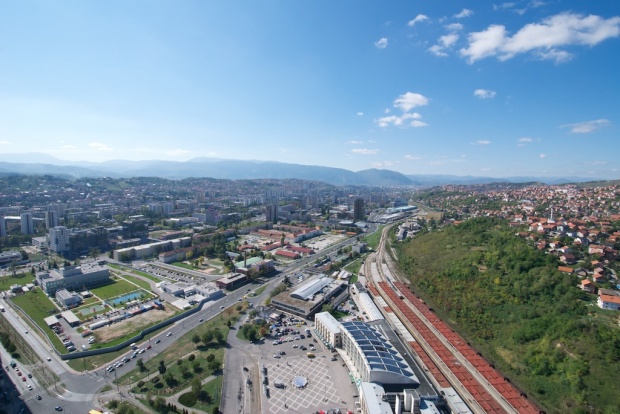 Sarajevo and its mountains 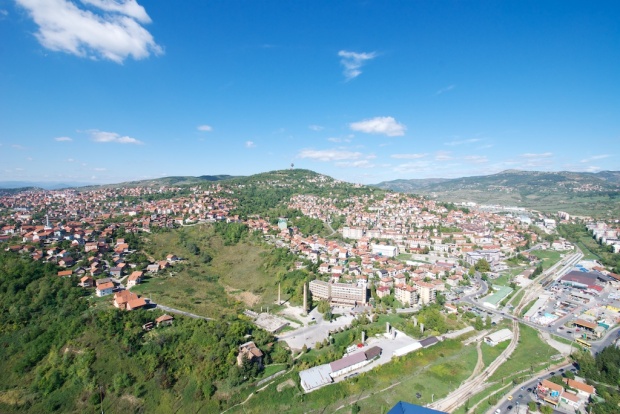 the other side of Sarajevo, more mountains

Still, I hope that Bosnia follows Croatia and boosts its economy with tourism.  The natural beauty is reason enough to come, and there’s plenty of history for everybody else.

My friends have plans to show me the rest of Bosnia – you’ll hear more about it this spring.