On my first day of touring Morocco, we went from Casablanca to Meknes, an old imperial city, and Volubilis, the biggest Roman city in Morocco. Of course, the most memorable part of the day was eating something new – this time it was camel burgers! I had eaten camel before in Egypt and hated it, but the guide said these were amazing so I thought I’d give it another try. These were in a bread like pita and filled with meat and tomatoes. The meat was ground up camel with spices, called kafte, which is similar to Turkish köfte and what we Americans call meatballs. Nine of us ate these sandwiches squeezed into a tiny one table restaurant in the middle of the medina, which is the Moroccan version of a souk or bazaar or market.
There are butchers everywhere in the Medina, and they display an animal’s head to represent what kind of meat they sell – apparently the difference between cow and camel isn’t always discernable by taste. 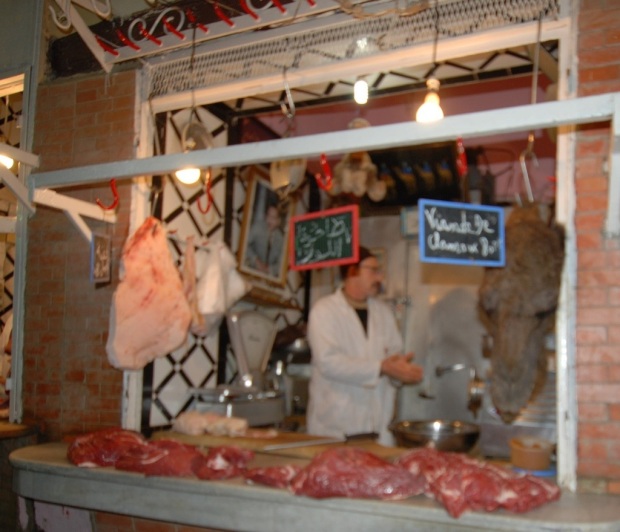 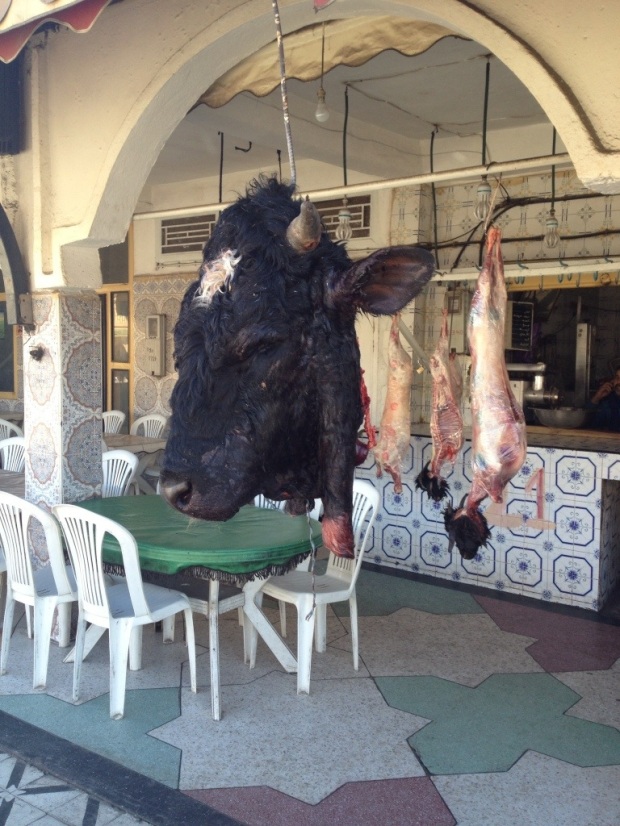 Before we left Casablanca, we stopped at Hasan II mosque. This mosque was built in the 90s by the former king, but according to my guide, all Moroccans were required to buy “postcards” annually for years to support its construction. The mosque and its surrounding buildings reminded me of all the buildings and mosques in Southern Spain – what do you think? 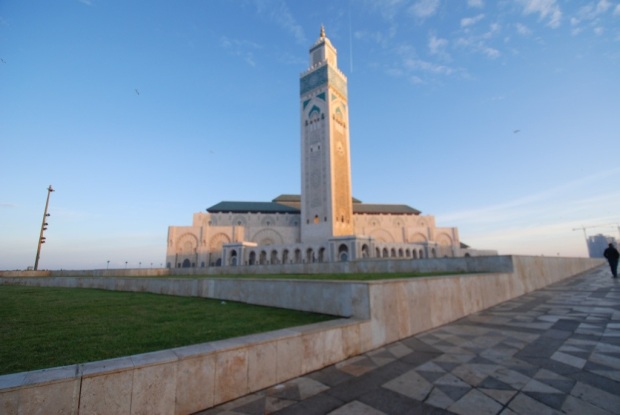 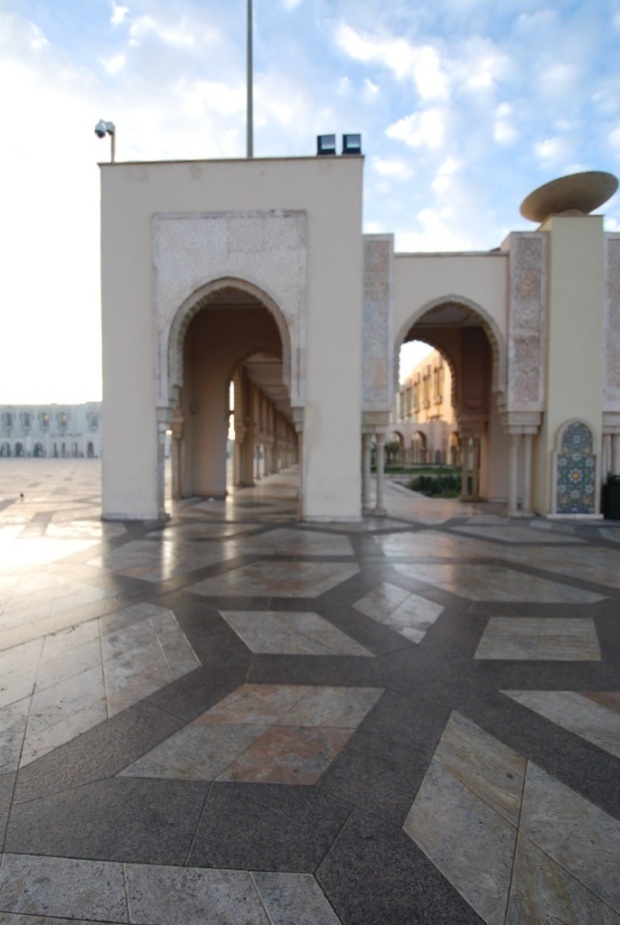 Meknes is a city all about the king. At one point, he had 12,000 horses, 500 concubines, and more than 800 children. The city was originally founded as a fortress in the 9th century by a Berber tribe, but rose to prominence under Moulay Ismail when he was the Sultanate (king) of Morocco. We saw the stables that housed all the horses, the granaries, and the basin around which the harem would gather each night for him to choose a companion. The old city is surrounded by 42 km of walls, some of which encase the royal palace which is still closed to the public and available for use by the current king. These palaces are all over the country at who knows what kind of drain on the nation’s coffers. The Moroccans that I’ve met love to muse about the lifestyle (and its costs) of the royal family. Inside the walls, we walked through incredibly narrow streets filled with all kinds of daily activities. Unfortunately because of the rain the square was empty so I still haven’t seen the snake-charmers and other family entertainment traditional in Morocco’s cities. Hopefully they’ll be around in Marrakech. 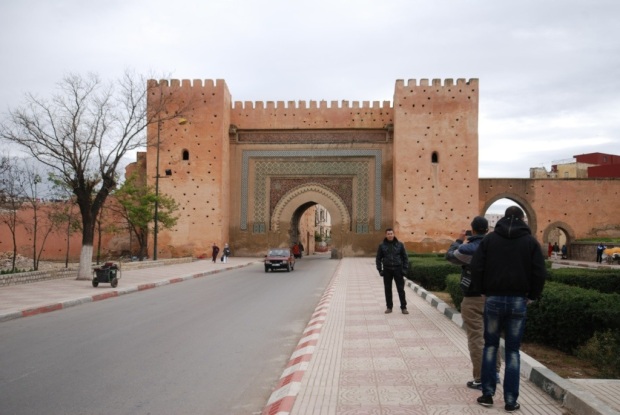 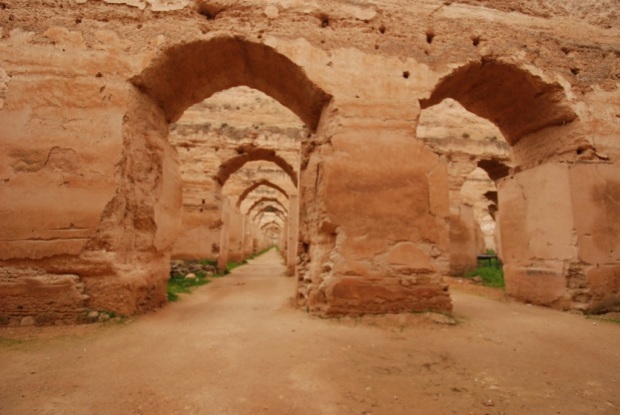 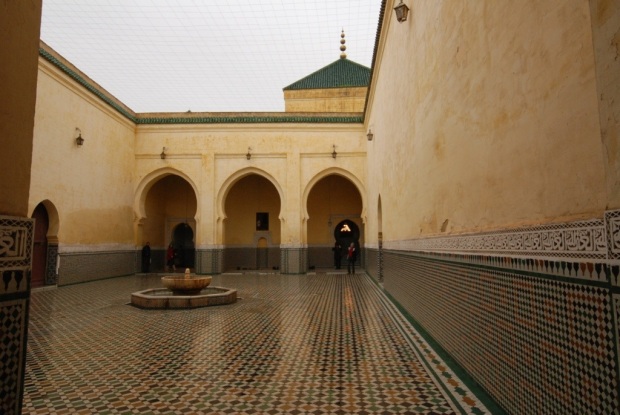 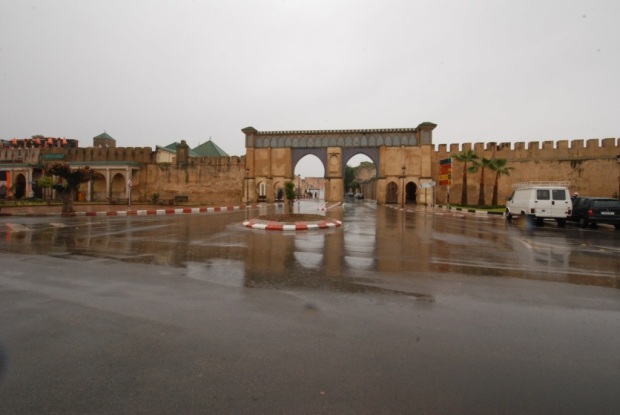 Next stop was Volubilis, the source of a lot of the marble columns now found in Meknes. It started as a Phoenician and Carthaginian settlement in the 3rd century B.C. and became a Roman city in the 1st century A.D. Now it looks like a Roman ruin, and of the Roman cities that I’ve seen it has the most impressive mosaics. Compared to Ephesus, which is only 17% excavated, Morocco has a lot of work to do. Still, there was a real beauty to the ruins partly covered by vegetation. Because we were walking between rainy and sunny spots, I was freezing and trying not to slip in the mud, so I didn’t listen so well to the history of the place. If you look behind some of the mosaics, you can see how lush this part of Morocco is – I had no idea! I did hear that the Romans used this part of Northern Africa as its breadbasket. 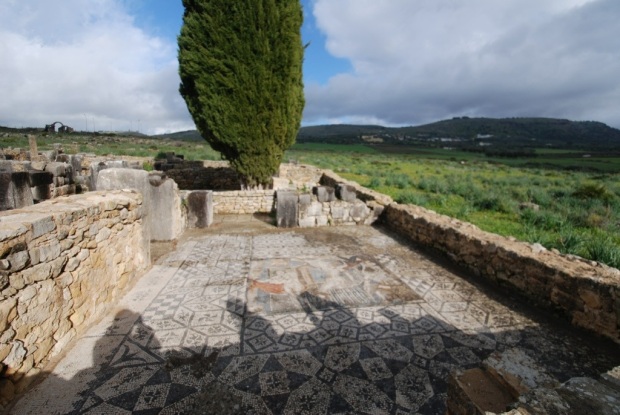 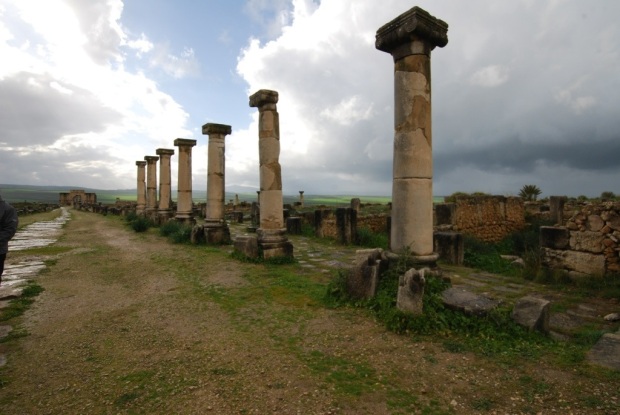 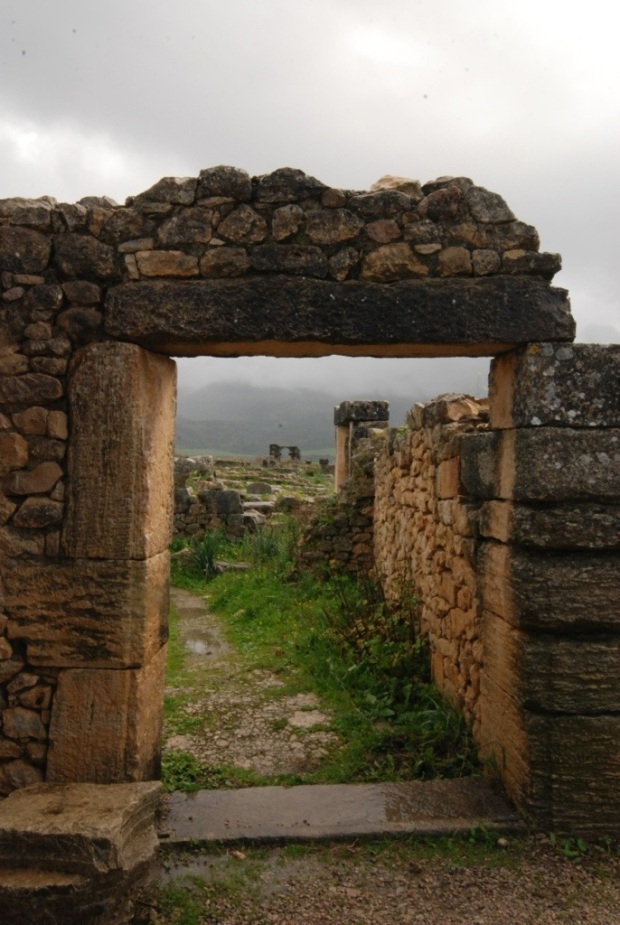 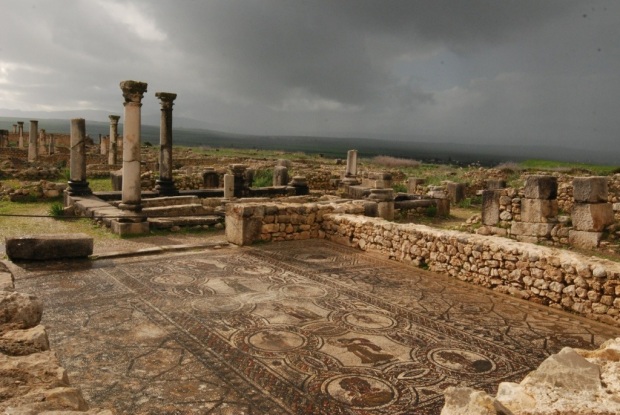 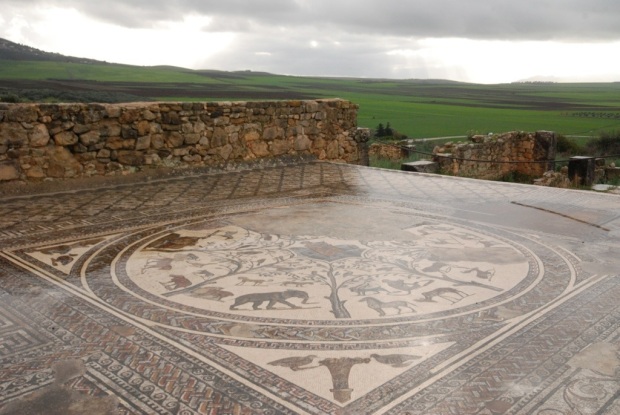 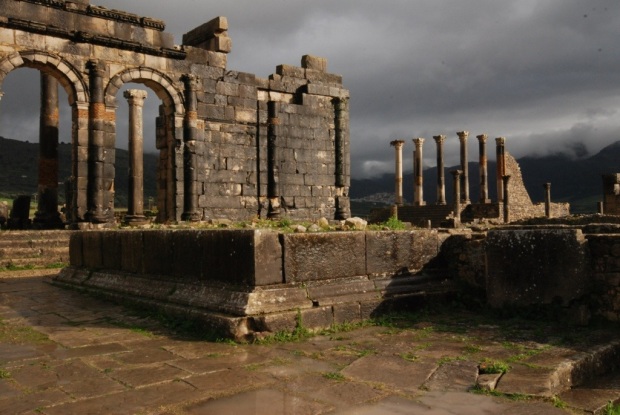 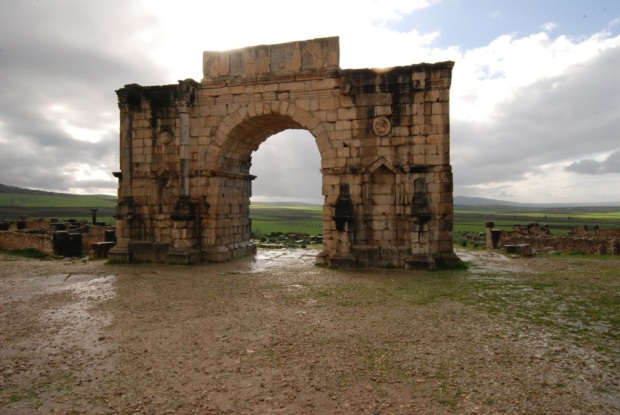 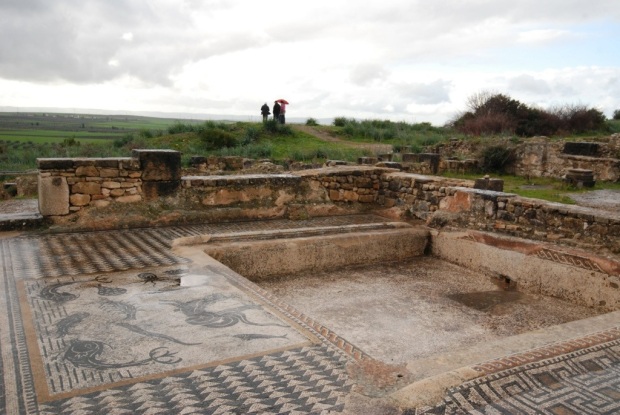