A Walk Through Sibenik, Croatia

The ancient Croatians built splashbacks in their corners into to prevent public urination!

Between our national park excursions, Kim and I stopped in Sibenik for lunch and a walk. Sibenik is captivating – I was there breifly last fall (see https://libertinelog.com/2012/10/12/croatias-dalmation-coast/) and have some pictures on that post from the inside of the Cathedral of St. James, a UNESCO heritage site. Since neither of us felt like paying money to enter another church, we walked around the outside instead. I had time to marvel at all the carved heads that surround the cathedral. Instead of being based on saints or prominent politicians, the architect modeled the heads on the townspeople and a few pets – look out for the dogs and lions (or really ugly folks)! 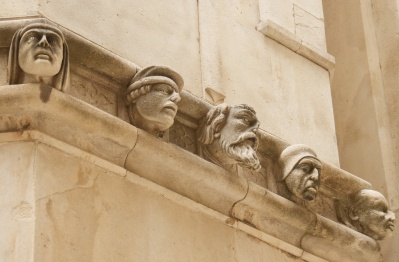 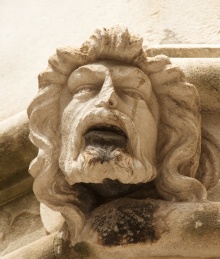 With time on our hands, Kim and I took a walk through town by the best tour guide available: our own curiosity. 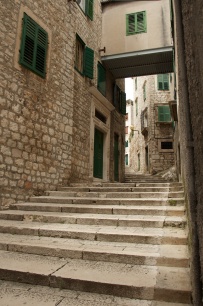 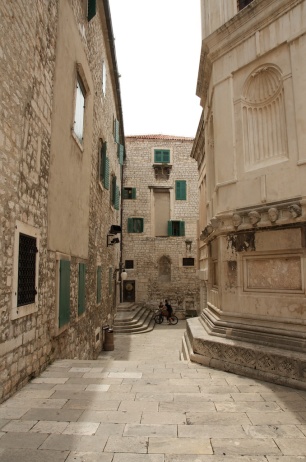 In addition to all the beautiful streets, we found an old monastery, some churches (the town has 25!) and a graveyard. 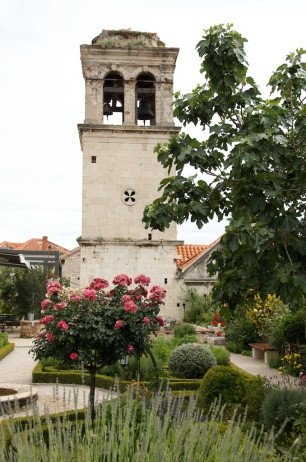 Unfortunately the caste of St. Michael is under renovation, but we did get nice views while we were evaluating climbing the construction fence to check it out. We decided not to trespass when all the workers started staring us down. 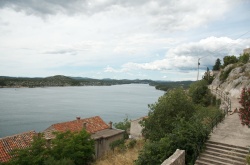 Of course, after rolling through some gardens and beautiful streets, we did spend a fair amount of time in a shoe store after I spied a pair of green suede loafers in the window. Four pairs of shoes bought later, we got some ice cream and called it a day.