Sunday Hike: Fall Colors Spectacular With a Touch of Snow

After such an amazing summer, I’ve had a hard time adapting to the changing seasons and accepting the cooler temperatures of autumn.  I wanted to spend a few more days wiling the day away at a sunny cafe and driving with the top down.  This weekend’s hike to Seviller Valley (Gerede, Bolu) with amazing fall colors and hints of winter provided me a pleasant antidote.  Now that I’ve tasted the beauty of fall, I’m ready for the transition.

Fall hiking is tricky because you never know what kind of weather to expect at the top of the mountain.  Some friends chided me for all of my layers, and I even stashed a pair of light gloves in my pockets.  As they shivered, I was happy to spend the day taking jackets off and putting them back on as the clouds moved blocking the sun’s warmth.

At first the hike was pretty standard for this area of Turkey.  We passed by pine trees and fire roads and small villages.

This yard reminded a lot of hikers of their native Germany.

I love a winding road.

Then we entered a clearing, where everyone was shocked to see patches of snow!  We threw snowballs and took tons of pictures – it’s the first snow any of us saw on the ground this season.  The guides said we were only at about 1000 m of elevation.

After another hour or so, we had lunch by this lake, where the solar-heated ground provided a perfect resting spot.

During lunch we all fretted at the graying sky and the quick moving clouds.  We consulted our smartphones for some consolation from the weather reports, which all promised sunshine and temps around 65, despite the chilly winds and gray skies we felt.  Luckily our path led us away from the gray and towards the sunnier areas.

We trekked down the mountain into glorious panoramas of the valley and a few teasers of the surprises in store. 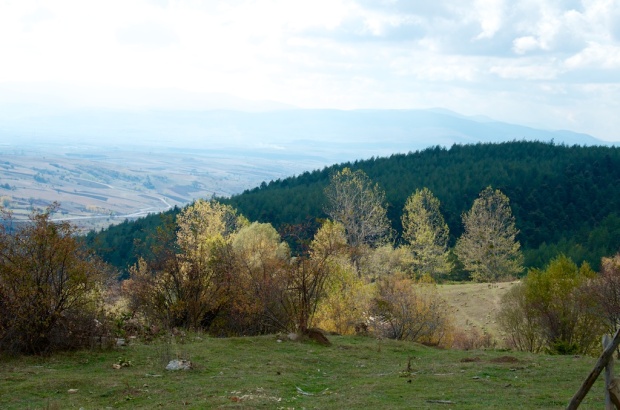 I was so happy to learn that the remainder of our path led right through this amazing scenery.  Once we descended the mountain, we walked along a small creek.  It was so beautiful that I think it’s fair to call it a burbling brook – is that a term?  Maybe it’s a bubbling brook?  Anyway.  Along with the beautiful sights in every direction, we were surrounded by the sounds and smells of falling leaves. 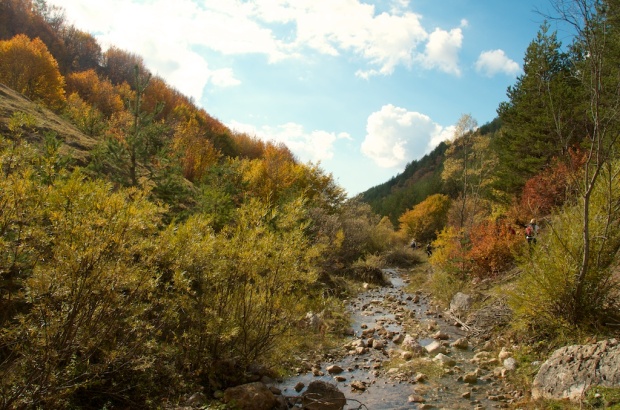 I love learning about all the edibles along the paths in Turkey.  On Sunday I learned about two more.  Both berries were really tart, which is probably my least favorite taste, and after giving each a try I spit them back out. 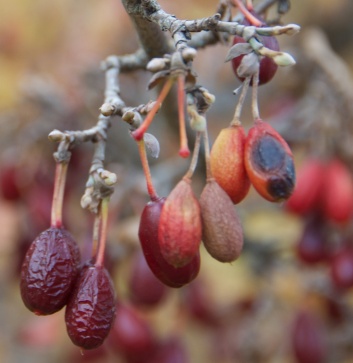 kizilcik, which translates to cranberry, but these grow on a bush

alıç, which translates as hawthorn

Eventually we ascended from the creek valley along a path lined with leaves, which is another one of my favorite tokens of fall.  We also found a few surprises along the way. 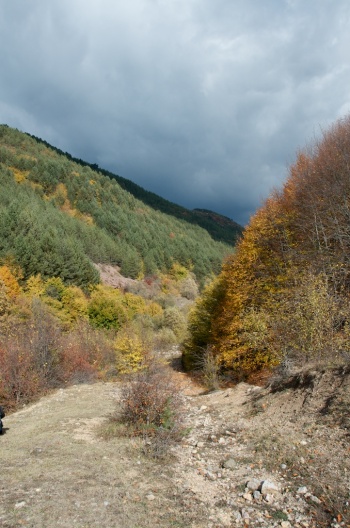 As I turned around, this was one of my last views of the valley 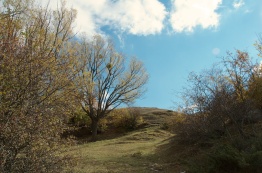 I love the mossy hills

On the way into the village, we passed by this house where the women were baking bread in the brick oven.  One of them summoned a hiker to her fence and offered a huge piece of fresh bread for us to share – incredible.  They also had a ton of turkeys around – it’s the first time I’ve seen them in Turkey.

The house was the first sign of an amazing Turkish country village – it turns out everybody had turkeys and freshly-baked bread.  We all managed to buy a hot oven-fresh loaf, for 5 TL (about $2.50) from the lady who bakes for the entire village.  Bonus: the bus smelled amazing for the whole ride. 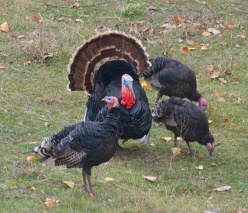 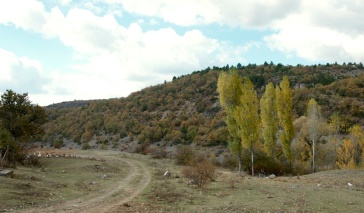 Finally, a reminder of how small the world is.  Doesn’t this mosque look like it should be in a New England town? 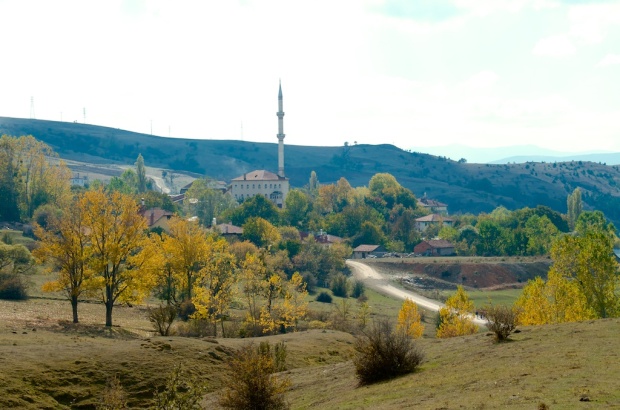 Tags: autumn, bolu, fall colors, gerede, hiking, Turkey
From: Turkey
← See what keeps me smiling everyday in Turkey
Kicking It from Kas to Kekova (Reports From My Summer Adventures) →
2 Comments Post a comment