Kicking It from Kas to Kekova (Reports From My Summer Adventures) 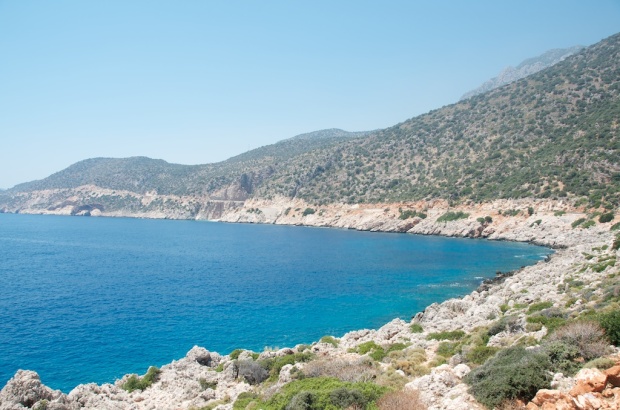 The last time I wrote about my summer, we were jumping off of Babadag (https://libertinelog.com/2013/08/11/jumping-off-a-mountain-the-best-way-to-really-see-a-place/).

After having so much fun in and around Fetihye, we changed it up a bit and headed east along Turkey’s Mediterranean coast.  Our first stop was Kaş, another of many charming beach towns in Turkey.  The drive out there reminded me of the Pacific Coast Highway (PCH) with its crazy curves and roads built right to the cliff’s edge.  Here, instead of getting stuck behind RVs going only 40 mph, you’re stuck behind old cars going only 40 kph, which is far worse whether you bother to do the conversion in your head or not.  The good thing about road grandmas interrupting your speed is that you have a little more time to check out the scenery – huge rocky mountains on the right and sparkling sea on the left.  The bad thing is that just like while driving the PCH, I always have a slight fear that I’ll sneeze or something and jerk the car right off the edge.  But the tiniest bit of anxiety just makes it more fun! 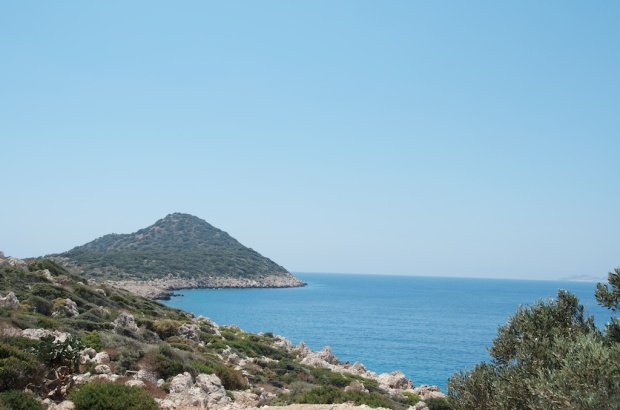 We meant to stop for lunch in Kalkan, which I heard was a cute village relatively unspoilt by tourists, but since we drove right past it, we ate at a little fish place along the road.  Here we sat on a little terrace overlooking inhospitable cliffs and the beautiful Mediterranean Sea.  Over the rail, a couple of broods of chickens spent the hours rushing each other, which was perfect entertainment while we waited to eat.

The waiter brought out a huge metal tray containing the morning’s catch – we chose a bright red snapper that turned out to be my best fish of the summer.    Along with the fish the restaurant served french fries, salads, and bread.  It’s pretty standard that at the fish places you order your fish, and then the waiters bring all kinds of other foods for you to along with the main course. 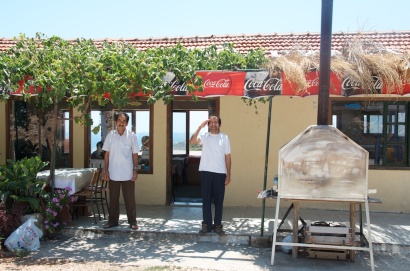 if you’re ever in the Kas area, stop here!

We resumed our ride and eventually reached Kas.  Mom found a great restaurant on tripadvisor in one of the shopping squares in town.  On our way down to eat, we found lots of shopping opportunities – jewelry, soaps, and Turkish textile shops were everywhere!  Following our bellies, we resolved to eat first then spend money!  At Kasim’s, Mom had the best fish of her trip (even better than the red snapper) and we shared a few eggplant dishes (my favorite meze).  This place was so great that we ended up eating here both nights in Kas!  The restaurant’s tables are all out on the square, and unfortunately this brings up the one downside of Kas – mosquitoes!  I definitely advise getting some spray or repellent for going out at night.

Our first night in Kas we checked out a few tourist companies to figure out how to see Kekova, the remains of a city half-sunk and completely abandoned after a earthquake in the 2nd century BC, rebuilt, and then abandoned again in the 10th century after one too many Arab incursions.  All the tour companies offered kayak tours and party boats as a means to see the sights.  As both options started at 8:30 in the morning, Mom and decided to try our luck with just driving out there and hiring a boat from the pier.  The one issue about driving the Turkey’s Med coast is that there are huge mountains between the beach towns and the road, so hopping from town to town is best done by boat.  Otherwise, you drive all the way up the mountain, hit the main road for a few minutes, then all the way back down the mountain to your next beach stop.  This is a big problem when you reach your destination and can’t find an ATM!  Between us, Mom and I had 200 lira, which we hoped would be enough for a boat tour and lunch, and that we’d be able to find enough coins to cover parking.  We lucked out with a three hour boat tour for 120 TL and enough cash left over to share yet another amazing fish lunch. 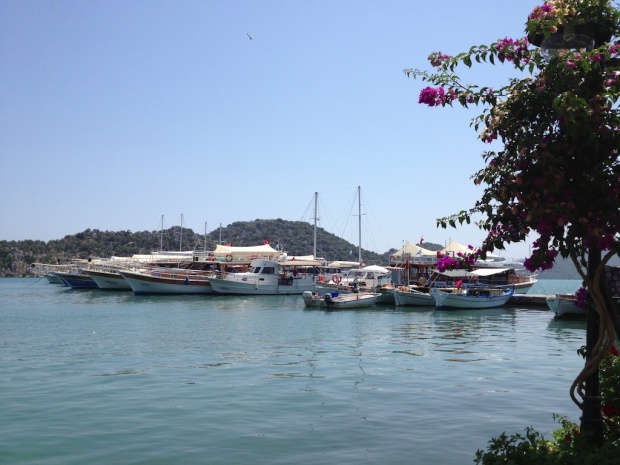 We motored out toward the current town of Kekova, which is only accessible by water.  Our first view was of an old tomb that appears to float on the water.

Next we sailed along the coast in a no wake zone.  If you look closely at these pictures, you can see staircases, walls, and even drainage pipes of the old settlements.

My favorite part was the swimming stop in a nice cove.  Even here we found a few ruins amongst the rock cliffs.