Beer and Other Indulgences in Belgium 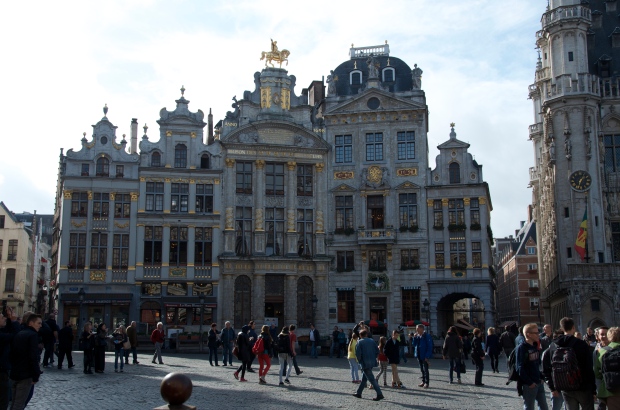 Brussels, Belgium was the first stop of our big fall trip, which takes us on a big loop through Europe.  Originally we were going to spend four days or so there, but then I found a beerfest in the Ardennes, and everything changed to accommodate that.  We had a local friend, so our first meal in Belgium was actually pulled-pork sandwiches at an Irish Bar, which is also the last meal she ate before returning to Brussels from living in San Francisco.  We still managed start the tour of Belgian beers at the Irish bar.  One of the fun things about Belgium is that every beer is served in its own glass – which leads to some crazy displays and glassware shelves at bars.  I tried to take pictures of them, but I was also enjoying the beer, so you can probably guess how that turned out… 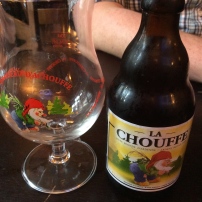 We also managed to do a mini-walking tour in Brussels, which focussed mainly on the Grand Place and Le Mannequin Pis but was really all about the amazing chocolate shops in the downtown area.  They actually have costumes for the pissing boy, and change his outfit weekly.  Unfortunately when we saw him he was only wearing the birthday suit.  Here are some scenes from around Brussels: 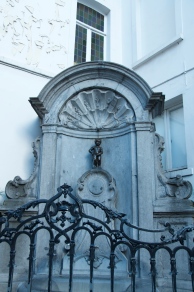 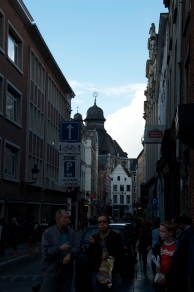 my favorite shop for merengues and candy 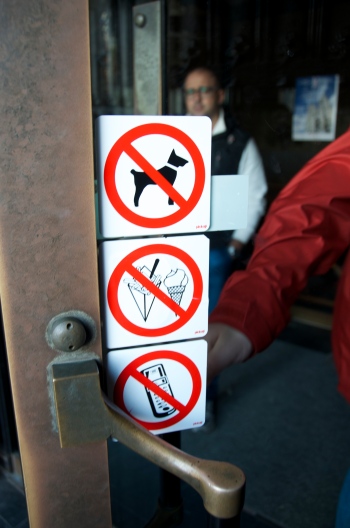 the arches at the Cathedral

a choir practicing in the grand church

in the Grand Place

they serve coffee all elegant

I even got to eat my mussels in Brussels!  The best meal, however, was fries from a street vendor.  As we were walking toward the Grand Place for a free walking tour, I saw the stand and knew that was the best possible lunch that we could have!  And it was.  I got the classic fries with mayo, Todd got a gyro, and our friend Janelle got fries with curry ketchup and Bernaise sauce.  They had maybe 20 options for sauces, and the paper cones have a little compartment to put your dip of choice.

Janelle at the fries stand

Maize and blue! J and I were so happy to see this guy. 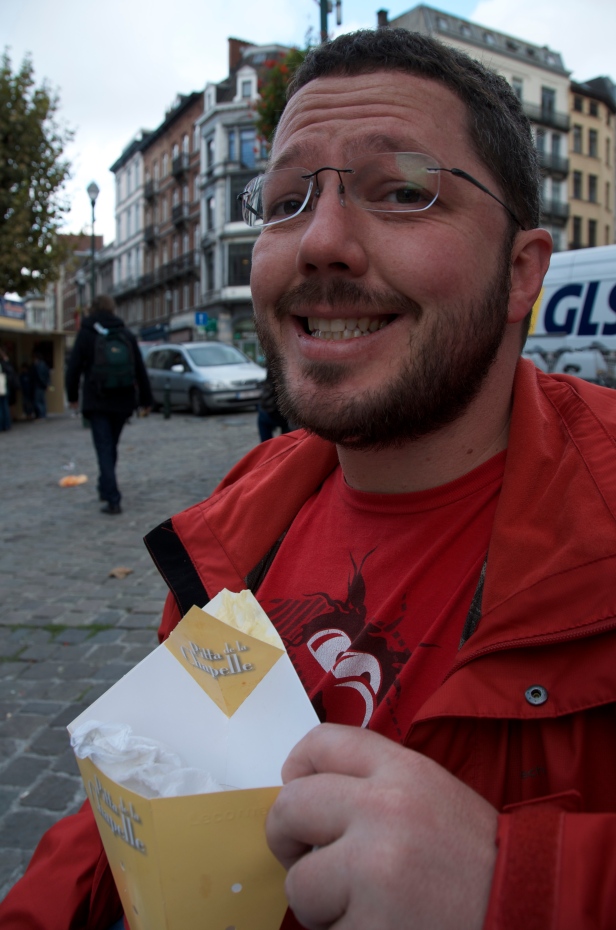 Although I’d happily go back to Brussels to buy chocolate and other specialities, my favorite part of the Belgium segment of our trip was actually our drive to the Ardennes.  We went for the beerfest, Brassigaume, which is for small-craft breweries in Europe.  But since most of the hotels nearby were full, we ended up at a little country inn in Arlon, which was at the end of a road where villagers constantly set off for hikes in the fields.  When we arrived, there were hot air balloons in the skies at sunset.  When we left the next morning, Todd captured beautiful pictures of the low mist on the fields and surrounds. 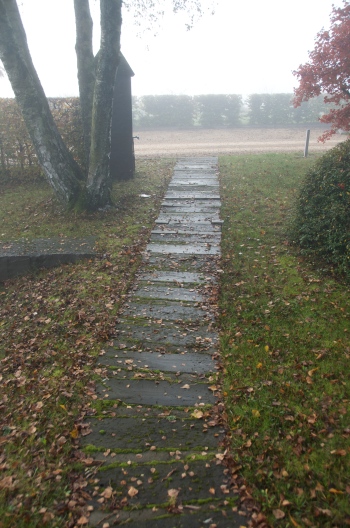 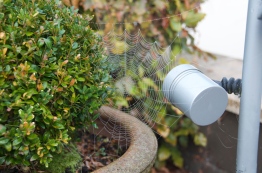 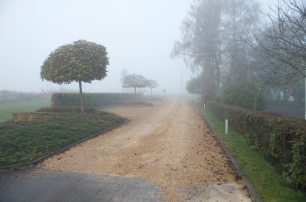 look closely to see the balloons

Although I liked the beers we sampled at the beerfest, what I really remember was the fork-tender perfectly braised roasted pig leg that Todd got for dinner.  It was cooked in a beer/cabbage braise, and somehow turned out to be the most amazing beerfood I’d ever eaten.  I had a braised wild boar served with a tart berry jam which was definitely tasty but had nothing on the pig.  The rest of the evening was spent meeting the other English-speakers in the crowd: a beer importer from Michigan, an American beerlover from Berlin, and a chatty British couple from whose conversational chase we barely escaped in order to get our last beers before the taps were shut off.

Kids, don’t drink too much, or everything will get blurry 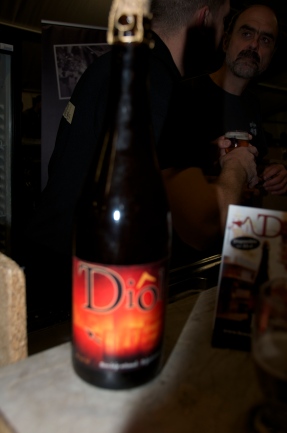 Diole was hands down our favorite 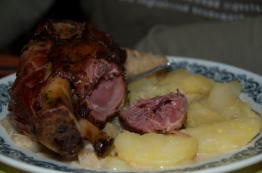 the amazing pork, braised in beer and cabbage 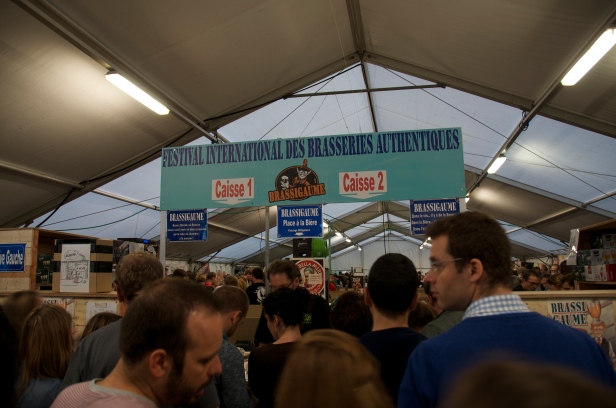 Along with the fun of drinking beer with hundreds of other beer-lovers, we also learned quite a bit about the Belgian craft beer market, which helped us greatly when we returned to Brussels and went to bars with thousands of beers on offer: Delirium and Sudden Death.  If you make it to Brussels and enjoy the beer, check these places out!