A Night in Erzurum

Once again Turkey treated us to a variety of roads as we drove from Mt. Nemrut northeast to Erzurum.  The city is on a steppe near a bunch of mountains and is most famous for its nearby ski resort, Palondoken.  Since it was summer, we didn’t see any snow, although it wasn’t really warm either.

Although we had read that Erzurum was a hip university town, neither of us was that impressed with the place.  We went to the Taşhane (jewelry bazaar) in search of its most famous product, black amber.  Everything just looked like black onyx, however, and was a little too embellished and glitzy for our taste.

We did check out a few of the old Selcuk buildings.  My favorite was the Yakutiye medresah (religious school) with its neat column.  This school was actually built by the Mongols in 1362, but it follows typical Selcuk style.  If you look closely at the minaret, it’s covered with small coloful tiles. 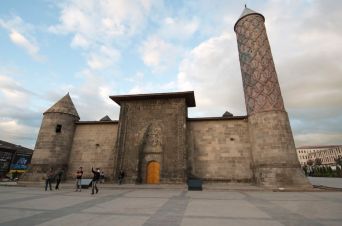 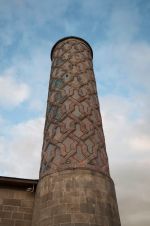 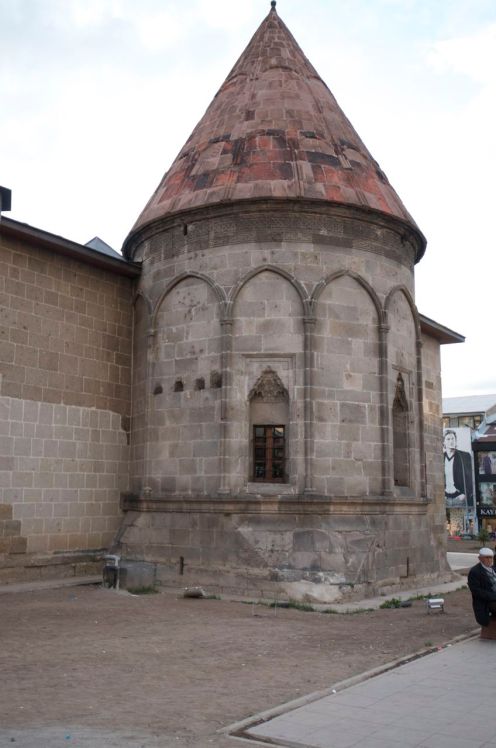 Because we got a little lost and then hungry for dinner, we never found the Main Mosque, which is supposed to have impressive views of the city and surrounding scenery from its citadel.  Instead we checked out another mosque, the Lala Mustafapasa, which was built in 1562.  Here’s a view from it’s porch.  I didn’t take any pictures inside because there were actually a lot of people praying. 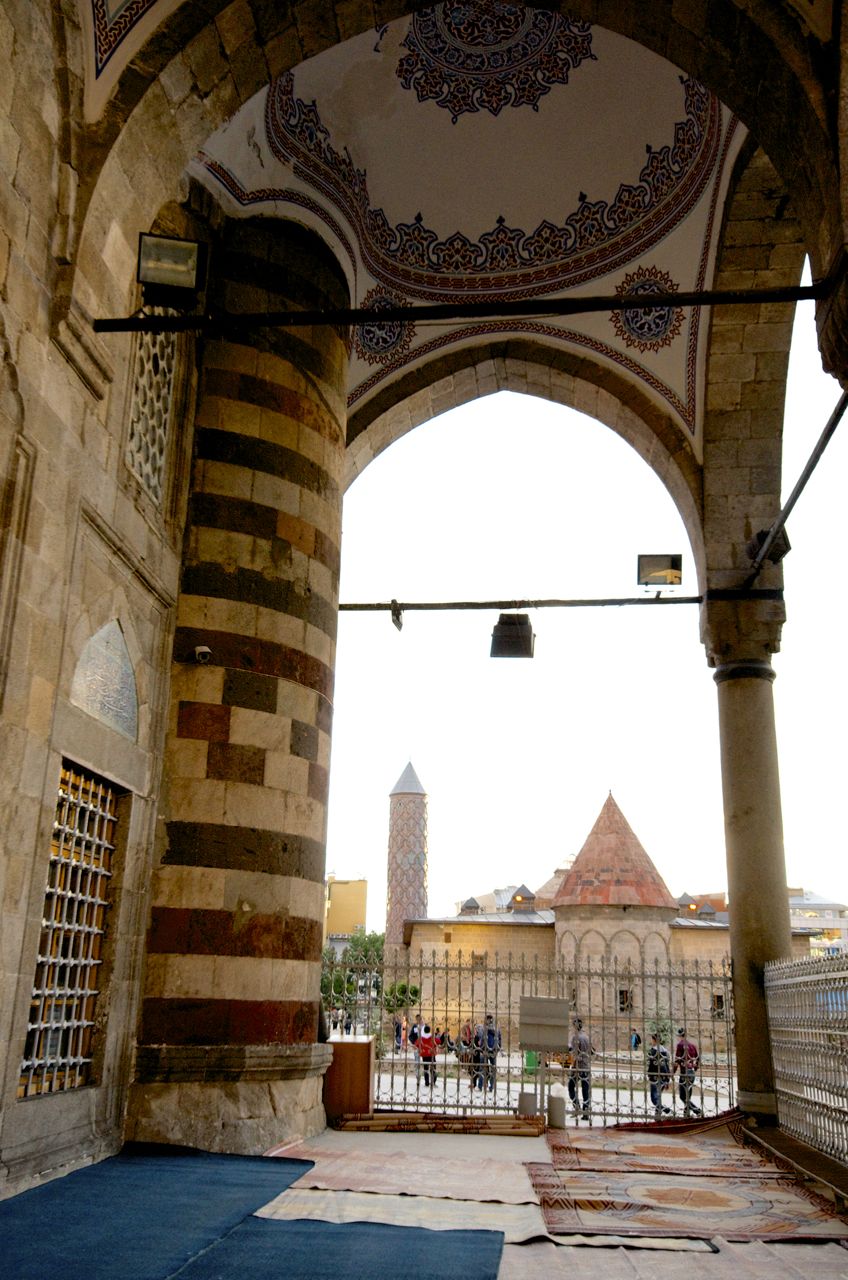 By far the most memorable part of our night in Erzurum was dinner.  The one place we knew to serve alcohol was inexplicably closed, so we ended up at a place called Erzurum Houses.  It’s a block of old Ottoman style houses that were bought up by a developer, combined, and then decorated in an overkill style with kilims, cushions, and antique stuff covering most surfaces.  Instead of dining rooms, there are nooks all over the place, so it’s pretty neat to check out every corner before you pick your perch.  I can’t say much for the food, and I’m sure if they served better stuff or drinks, they’d make a killing.  If you can lounge around all night just drinking tea, however, this would be your place. 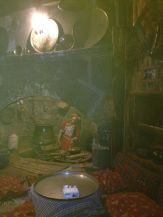 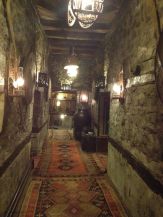 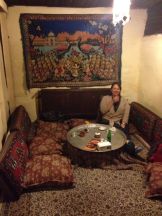