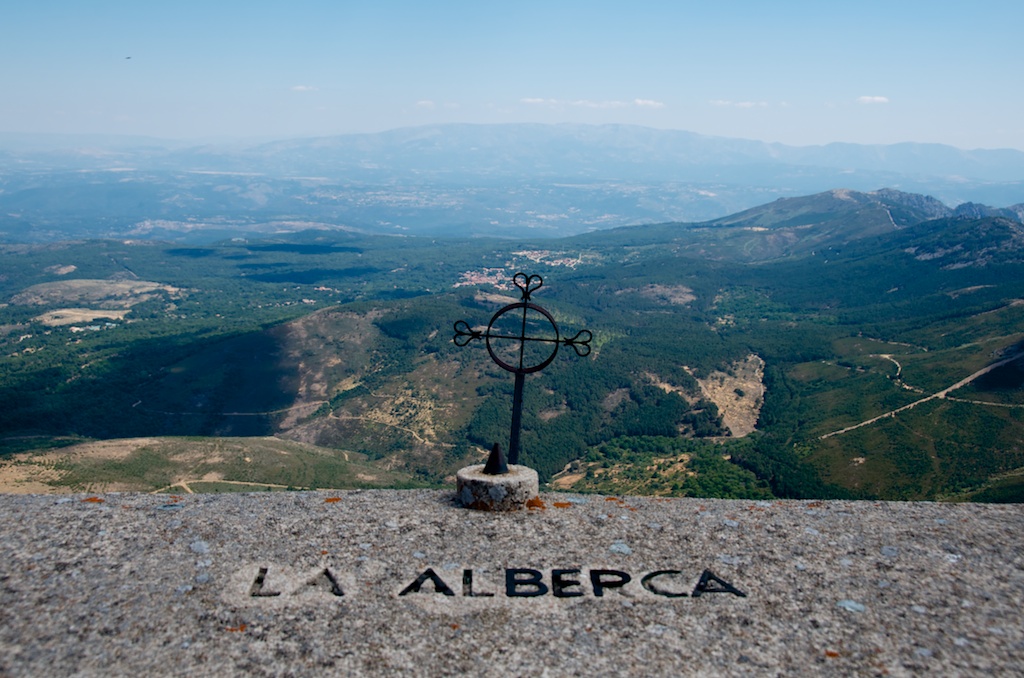 Last summer I took a break from a road trip from Turkey to Spain and back by booking a week of volunteer service at Pueblo Ingles (English Town) in La Alberca, a town outside of Salamance in Spain.

the whole group in the town square of La Alberca. I’m in a the middle of the top row, in a hat.

Last week I did the program again, but this time in the mountains outside of La Corzola, in the northern part of Jaen, another region in Spain. Even though you do a lot of talking, and in English, participating in the program provides for a relaxing week and builds great friendships with incredibly interesting Spaniards and Anglos from around the world. 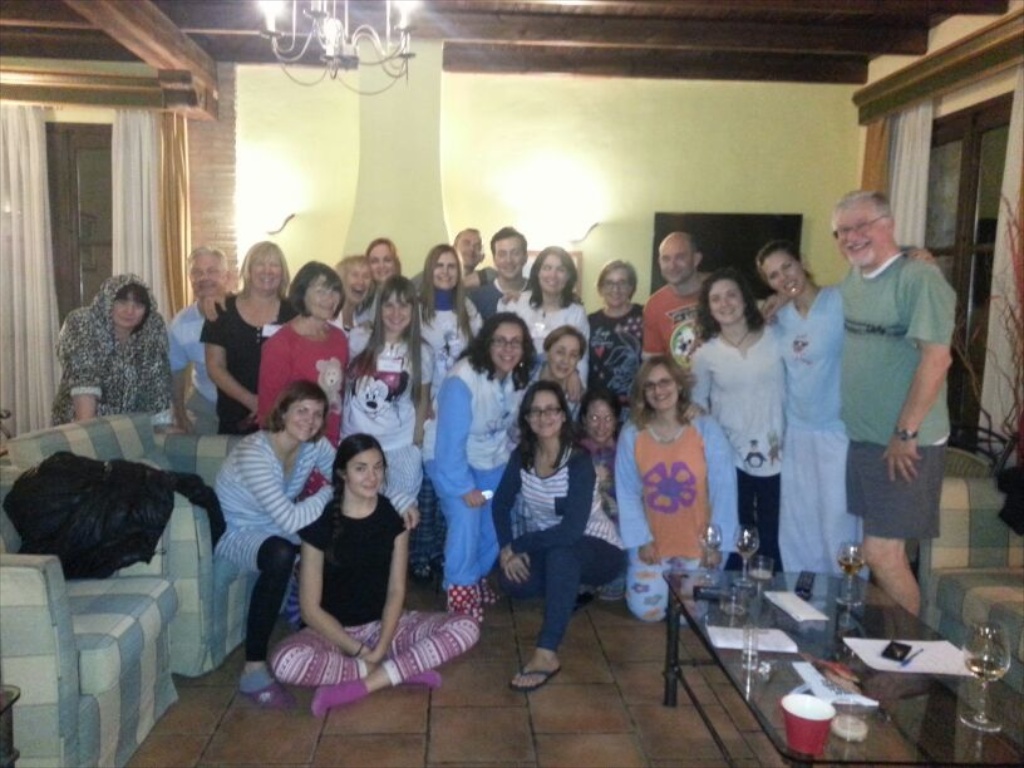 the teachers group at a pajama party. Sadly, I’m the one with the devil eyes on the bottom right.

The program is designed to provide an immersion experience where Spaniards can improve their English. As a volunteer, or Anglo, you’re expected to speak English for hours on end, in exchange for room and board and wine! It’s a pretty good exchange, and I suspect a lot of people would do it for the wine alone, even though it’s the kind you have to drink a lot of to really enjoy. The real benefit of the program, besides language, however, is the fellowship and friendship that emerges in just a few days. When you spend nearly every waking hour with a small group of people, and incessant talking is enforced, you’ll either get very close to each other or quickly run out of things to say. Luckily, I’m a talker, so even after a week of this, I feel like I could keep going.
We spend the day in one-to-ones or two-to-twos, and depending on what type of program it is (i.e. for businesspeople or teachers), helping the Spaniards prepare presentations or classes. Lots of other activities are scheduled in so it never gets boring. Each night, there’s an entertainment hour, which includes presentations on all kinds of things by the Anglos, jokes by the MC, and theater presented by a mixed cast of Anglos and Spaniards. Generally, there’s an activity after dinner or some simple hanging out, where the level and quality of English becomes more social. Because everybody is so interesting, it’s really hard to break away and go to bed, even though you know you have hours with them again the next day.
Since everyone must attend all three meals, the Spanish schedule can be hard to adopt for some Anglos. Breakfast at 9, Lunch at 2 and Dinner at 9 is late for most English-speaker’s schedules, but I adapted quickly. After a night or two or partying into the dawn hours, I was happy to sleep in until just before breakfast. We also got a siesta every day, from the conclusion of lunch until 5 p.m.
In La Alberca last summer, I either went to the hotel pool, napped, or took an excursion to a mountaintop monastery during siesta.

driving up the mountain

at first we couldn’t see these guys, but if you stare at the rocks long enough, they’re everywhere

the spa at Los Nogales, in Jaen

learning to cut jamon iberica during an excursion
One of my favorite activities was the queimada, which is an ancient tradition of unknown origins (although it’s believed to be Celtic) of banishing evil spirits and welcoming good spirits from and to a place. It is performed by burning some spirits (the drinking kind) with sugar and spices while reading an incantation. I won’t say more about it, because I think each time the players lend a different sense of drama to the event.

me and a queimada witch

I also learned a lot about my own language, English. First of all, we all have different ideas of what constitutes proper English, especially between the American and UK versions. The slang is interesting all the way around the world, as are the idioms. Each hour of talking, you’re supposed to review an idiom and a phrasal verb. First I had to figure out what a phrasal verb was, then sometimes ask around to find their meanings. If you haven’t already guessed, it’s a verb with an adverb or preposition that when combined provide a new meaning to the phrase. Here are some examples: ask out, give up, look into, etc.

If this sounds interesting, or you’re looking for a cheap week in Spain where you really get to meet some Spaniards, I strongly recommend applying for the program.  You provide your own transportation to Madrid and the program takes care of the rest.  They have kids, teens, and adult programs all over Spain, and a couple of programs in Germany as well.

Here’s the link to apply: http://www.diverbo.com/en/volunteer-abroad

If I can swing it, I’ll be back for another round!